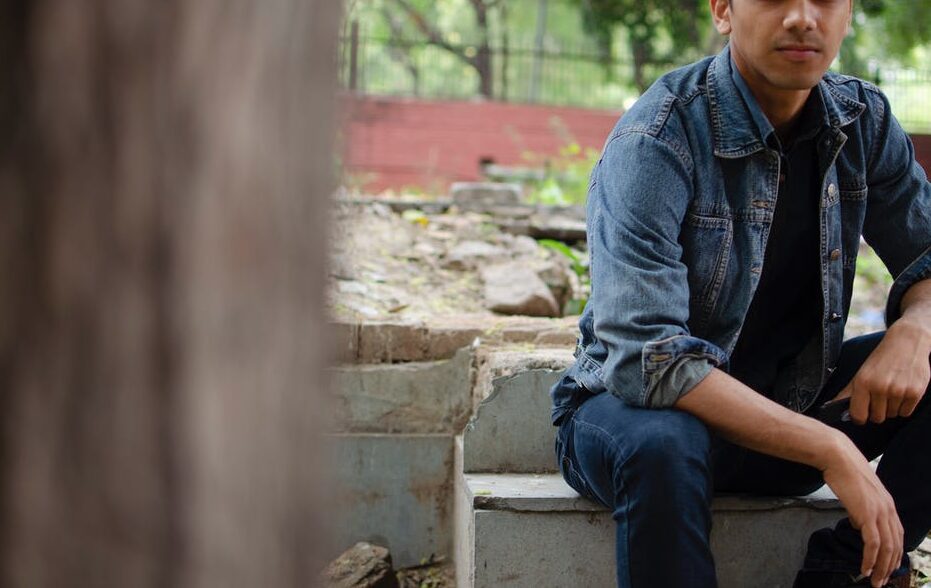 In a soft voice, the boy’s mother gently called the boy, “Son, dinner is ready!”.

Due to his teenage maximalism, Vincent was unable to leave his computer. He always played video games when he was troubled. Without thinking about anything, he was distracted from everything in the world. Without worrying about anything. Without anxiety and unnecessary thoughts in his head.

There was no help from the video games this time, however. The teenager could only think of one thing in his head, “Who am I? Why are they treating me the way they are?”

There was no answer to any of these questions that he had.

Vincent graduated from the 12th grade. He was adopted by Olivia and Bob when he was seven years old. He grew up to become a brilliant, although unprofitable, boy. Sometimes, his parents would feel unable to cope with him. They found a common language with him because Vincent grew up in a foster environment for seven years. This significantly impacted his psyche, but it was not always successful. His parents hardly remember this period when they only had him as a family member for a short time.

There was no question that his adoptive family would face great difficulty. They didn’t have children, so they didn’t know what to expect. And they got a seven-year-old boy who wasn’t interested in accepting them. But day by day, year by year, we became friends with him, and he with us. He liked to go fishing with his father. And the boy dreamed of becoming an artist.

Vincent’s pranks became more and more serious as he entered adolescence. Sometimes he scolded teachers, grabbed girls by their braids, and skipped classes to get his way.

The counselors tried to convey to him as accurately as possible what could be done and what was categorically prohibited. But do they obey the rules?

I believe Vincent wanted to find his biological parents in his old age. His adoptive parents were not opposed to it. However, they were unsure how to do it since such information is confidential. They searched in all the ways we could think of using all the truths and lies but in vain.

After that, the matter was left unresolved.

In the fall of 1996, Vincent finished high school with honors, and it was time to enroll in the university. The decision was easy for him, and he dreamed of studying history. His parents supported this choice, and the boy was accepted into a prestigious university with a full scholarship. He moved away from home and lived in a dormitory.

When he turned 20, he decided to give it another shot to find his biological parents. This time he decided to go to the DCSF, where he grew up. He hoped that the records would still be there. With trembling hands, he closed the director’s door and knocked. That was it. There was no turning back now.

There was no way he could ignore the truth.

As a result of the records being preserved, Vincent was lucky enough to have his mother’s address already written down on paper. Vincent hesitated for a long time to see his mother because, after all, she had left him, so what was the use of visiting her? However, he decided to see her out of curiosity to discover why his parents left him.

Even though he was still hesitating at the door, and there were hundreds of concerns in his mind, all fading away as quickly as the door opened. In front of him stood an insignificant woman he was supposed to call Mom.

I was in awe when he saw her in front of him. He had only dreamed about seeing her one day all his life.

“I’m Vincent, your son.” That was all he could manage to say.

There was no reaction from the woman. It was as if she knew he was going to come. It was only a simple greeting, “Hello, come inside,” that she said.

After seeing they were expecting a fifth child, his parents broke up, and she started drinking. As soon as they found out they were expecting a fifth child, they broke up, and she also started drinking. So he, along with some of his younger siblings, was taken to a foster family, and his older siblings remained with their mother.

Vincent felt that he had been left with a feeling of emptiness in the middle of the interaction. He had imagined this meeting differently. His mother didn’t even ask about his life or how he grew up; after all, they hadn’t seen each other in nineteen years. There should have at least been some questions for her son. However, that is not the case. The meeting between the two of them did not last very long. After exchanging phone numbers, Vincent left.

Even as he walked and wandered on the way to the dormitory, Vince seemed to be thinking about everything his mother said. He was unable to rationalize her actions. However, Vince did consider one thing for sure: he had four additional siblings he needed to get to know. He still hoped I would feel my blood and be able to communicate with them as brothers.

He called his mother the next day to discuss this issue. However, she did not pick up, and she did not return his call. Therefore, he decided to visit her later that evening.

As he knocked on the door, a man answered him this time, and as it turned out, it was one of Vincent’s brothers. However, he rejected him and kicked him out of the house. He said he had no relatives here and that such a brother didn’t exist.

Throughout that period, he felt a million emotions raging inside of him. He realized that he could only share those emotions with his adoptive parents, who became his true family. There were only two people in the whole world who always listened to him, supported him, and helped him, regardless of how difficult it was for them and their families.

When Vince told his parents about what had happened, they were stunned by his story. However, they were unable to do anything and were only able to hug him and show their support.

Vincent took a seat at his computer, and, for the first time in his life, he did not turn on the video games to distract himself. After all, now that his soul had calmed down and he had no extra thoughts in his head, he relaxed at the desk.

There was no doubt that he was at home.

“Dinner is ready,” his mother said from the kitchen, and he went to the table.

A stranger among his people and a special one among strangers.
Поділитися у Facebook