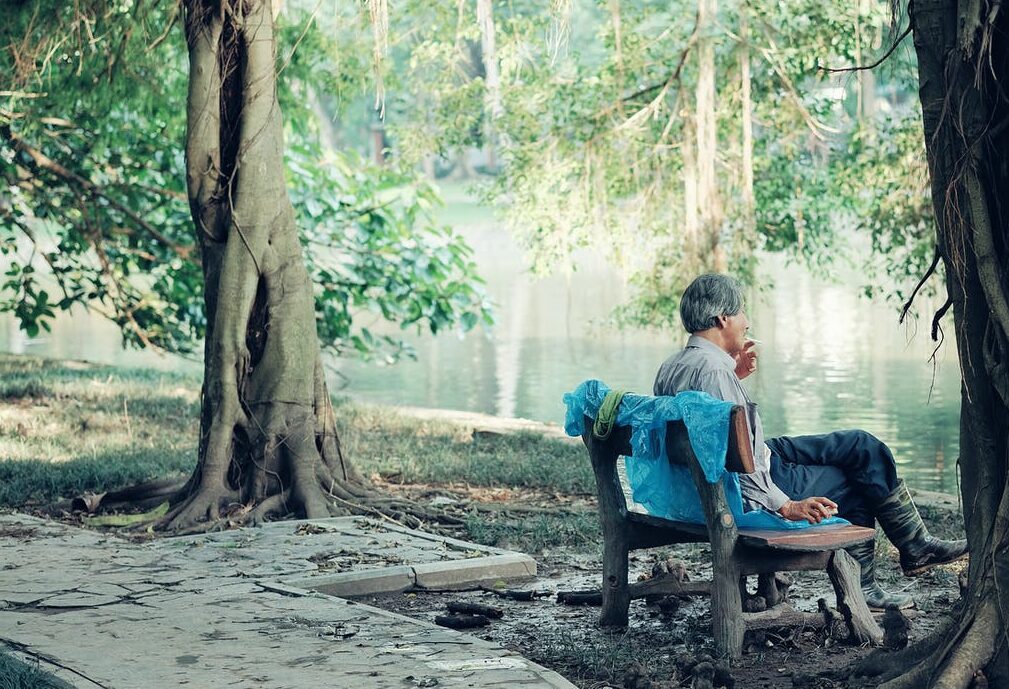 The house always had a small bouquet of favorite flowers at Irene’s place, and she just put fresh flowers in a vase. Then the phone rang.

A younger sister said to the older sister, “Our father died. I want you to come with me.”

Having forgotten her flowers, the girl leaned her forehead against the cold window and wept.

At the time of her father’s death, Irene was only eight years old. In Irene’s opinion, he was the best father a child could ever have, caring and loving.

It was one of the happiest days of her childhood when they moved to a new house, where they could still live with their father. The smell of the wood floors, the large windows, the beautiful courtyard, and their dad’s happy smile. There were also many children’s parties and many people attended.

The guests returned a few months later, but this time their mother got up from the table and, with tears in her eyes, pleaded with them, “Let us pray for your father and my husband, Michael. May he be well in heaven.”

Several months passed by, and one evening, their mother came home not alone but with a man in his forties.

As she told her four daughters, “Children, here’s Bob. He’s your father, and now you’ll have to obey him.”.

As soon as the three daughters saw the new resident, they frowned and looked not very happy. But Helen, two years old, happily ran to Bob and embraced him. She wanted her father back and was glad he was now with her.

Mom’s eyes were full of shame as she looked at us, and she said, “I am ashamed both in front of you and in front of your father, but I cannot do everything on my own. I am short on time, resources, and strength. We need a man to run the house.”

Over the years, the family’s life has changed dramatically. The four eldest daughters were sent to boarding school, while Helen stayed at home with her mother. Probably because she immediately accepted her stepfather and never questioned him.

Children had nowhere to turn to or be heard. They didn’t have time to think about what was happening to them because they had to live. They relied on each other even though they were studying in different classes. They returned home on weekends even though they didn’t like it, and they were always working hard.

Because their mother was sick, and their stepfather wasn’t too worried about them, trips home were rare.

She once asked her stepfather for some peanut butter and jelly, but he said it was gone; she should eat plain bread. At the same time, he was eating a hamburger with French fries and wouldn’t share. At that point, she never asked him for anything else.

Growing up, getting married, and living separately, they never forgot about their parents and still call Bob their dad. Sisters helped out around the house, brought food, and paid for their mother’s medicines.

While they didn’t ask for anything, they heard their stepfather saying, “Here are the good girls; they are already waiting for their parents to die so that they can share the house.”

But they didn’t stop taking care of their mother and stepfather because their dad raised them with kindness and respect for their elders.

Even after his mother died, they helped Bob, even though he wasn’t very kind. He didn’t say a single kind word to them, and he never offered any advice.

So he died eventually. Even though he didn’t build the house and yard, he always wanted to become useless because the sisters didn’t want to return there. This was because there was no longer the family they dreamed of.

While driving home, Irene stopped by the cemetery to visit her mother and stepfather’s graves. This was the last goodbye she would ever have with the man who never became her relative. It was the final goodbye she ever had to the man who ruined her childhood and youth. She wiped the tears away from her cheeks as they ran down her face.

Since I dislike my future daughter-in-law, my son did not invite me
028