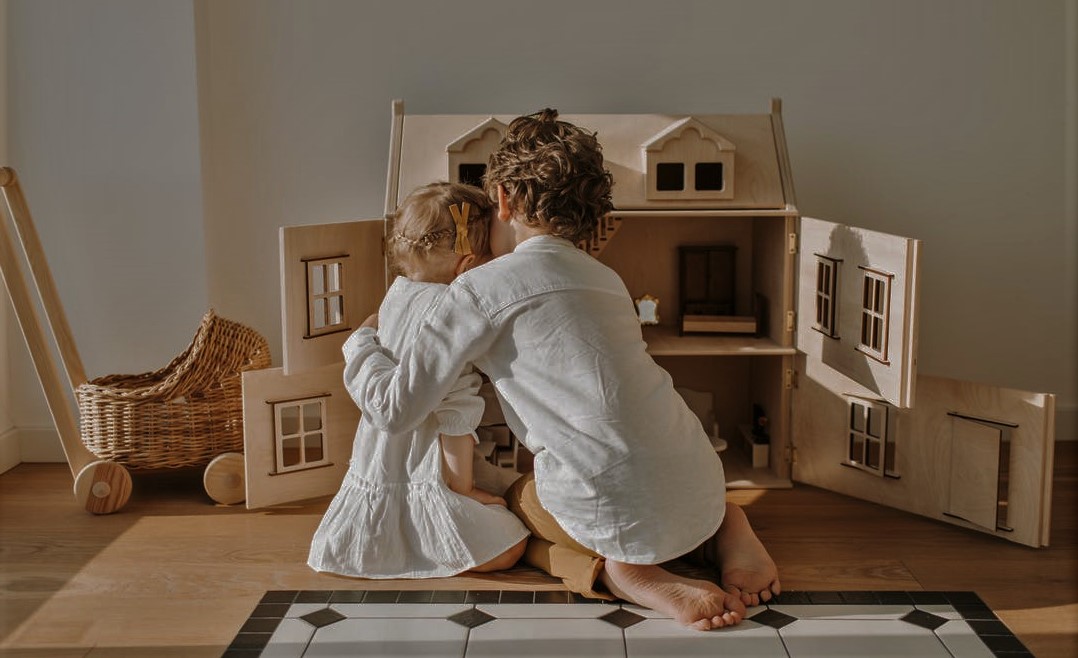 Despite all the trouble I was experiencing at that time, I decided to enjoy my life when my son informed me. He was expecting to have a fourth child in the family. No, I love my children and grandchildren, but the strength I possessed to care for them was no longer there.

I was silent at first, but when my son started asking me why I wasn’t happy, I told him everything that was on my mind. However, first, I will explain my reaction.

The oldest son has been married for a long time and enjoys his happy, independent life separately from me. The middle son is 28 years old, got married at 22, and already has three sons, five, three, and one year old. My middle son, Nicholas, wants to have a daughter, but we live in my two-bedroom apartment, including my youngest daughter, me, and my son’s family.

As soon as the wedding was over, he said, “I don’t want to live in mercy so that I won’t go to my in-laws,” and immediately moved into my tiny apartment.

Suddenly, my daughter and I were forced to share the same room, which was unpleasant for my teenage daughter, but we had no choice. However, we believed that this situation would only last a few months because the son had promised to move out after six months.

“Vickie is pregnant, so now only I will be working, and we won’t be able to afford an apartment. I thought we would stay with you.” My son said again, and I thought that it was déjà vu.

Even though his in-laws have their own spacious house, where they were offered a room, my son is too stubborn and proud to accept the offer.

My son explained, “I counted on you to help our children because her mother works long hours and comes home late.”

As a side note, I am only fifty, and I have my own life, and I do not want to babysit all day for my grandchildren.

In addition, every concern about my grandson’s health was almost entirely on me after his birth. As soon as I came home from work as a teacher, my daughter-in-law immediately gave me the child. I barely had time to change.

My daughter-in-law used to tell me, “It’s great that you came back home, Ms. Moore! Take Pete, and I’ll rest a bit.”

At the same time, I had to cook dinner for everyone because we were all hungry, and my daughter-in-law fell asleep.

I told my son in a firm voice: “Yes, I see. I hope you are embarrassed by the whole situation because it is irresponsible. How could you put all the stress about your children on me? By the way, I found a job for the summer, and I don’t want to be left with children.” He listened to me and said he had always dreamed of having a daughter.

I had a daughter-in-law who used to finish one maternity leave and start another one. Her children came one after the other. Although my son worked, he did not have to work too hard at work, nor was he too tired. He did not have much money, and he gave me some of the money, and I paid for the rest, including diapers.

In the same way, my son’s in-laws used to visit to play with the children, but they never expressed too much concern about our way of life. As a result, I was not very happy to learn of each daughter-in-law’s pregnancy.

“Nick, you and Vickie, are you thinking about buying your own house during the break while you make the kids?” I asked my son directly.

“Can’t we stay here?” My son asked, surprised. “Well, my sister can sleep in the kitchen, and you can sleep with your older grandsons.”

“I am not willing to let my daughter sleep in the kitchen, and I don’t want my grandsons in my room. If you cannot think with your head on your shoulders but only with your penis before you start having kids, there is nothing else I can do. Why do we have to limit ourselves, and why does your sister have to sleep in the kitchen, and you get to use the whole bedroom? You are an adult! Rent an apartment, and I’m done.” The whole situation made me furious, and I couldn’t handle it.

As it turned out, it was a hurtful statement to say that my son and my daughter-in-law had not spoken with me for two weeks. As a result, they had taken their kids and left. I was called by Nick’s in-laws an hour later. They said, “How could you kick your children out with your grandsons? Aren’t you ashamed? We cannot accept them.”

“It has been six years since I shared my small apartment with them for six years, and I assumed it was your turn. I remember you didn’t care how we lived in such a small space, but I won’t have to worry about that anymore.” I replied. “You now have to bear the burden,” I said.

As a result, all of us quarreled a lot. We soon discovered that Vicky was not pregnant; her period had just been delayed.

After a few days, Nick’s in-laws reconciled with me and agreed to help us get the kids housing while Vickie was on maternity leave.

I thought everything was going well. My youngest grandson is already in kindergarten, and my daughter-in-law has returned to work. My only fear is that I will once again have to babysit my grandchildren all day. When I think about this, I start feeling like I am a terrible mother and an even worse person.

Her family chooses her child’s name, regardless of what she thinks.
018

My grandmother entered my life unexpectedly, and when I discovered why I didn’t know her, I removed her from my life.
019

Why do I have to take care of all of these kids? I didn’t make them.
Поділитися у Facebook